The Anonymity of a Prominent Woman in Eighteenth Century Cyprus

Translated by Panayotis League
Our knowledge of the dragoman of Cyprus, Christofakis Konstantinou, was until fairly recently limited to two allusions in historical sources of the eighteenth century to his violent death on Easter 1750, and to the pictorial evidence of his sponsorship of the reconstruction and wall–painting of the chapel of Saint George on the estate of Arpera near the village Tersefanou in the borough of Larnaca. The first record of Christofakis’ death on April 15, 1750 is by the archimandrite Kyprianos, who mentions the event while telling of the beastly deeds of Hadji–Bakki, the one–eyed Ottoman tyrant of Cyprus. [1] The other, more dramatic record comes from the chronicle of the monastery of Pallouriotissa’s chancellor, Ioachim (Myrianthopoulos 1934:52):
The late Dragoman Christofakis
Was killed by the Turks on Holy Sunday
As he made his way to the holy church
In order to hear the good news;
In the middle of the road they attacked him
And he died.
The wall painting of the donors of the church of Arpera (Fig. 1) is more eloquent than the written testimonies. It presents Christofakis offering the church to Saint George with the members of his large family, eight people in all, by his side. The accompanying inscriptions reveal to us that the family was even larger, because they also mention the names of children who had died at a young age, names which are repeated in the list of their younger siblings. The wall painting, the work of the well–known Cypriot iconographer Filaretos (Hatzidakis and Drakopoulou 1997:443–444), [2] is the most impressive depiction of donors in Cypriot art of the eighteenth century. It was noticed quite early by David Talbot Rice and Tamara Rice (1937:136, Table 16) and published by Andreas and Judith Stylianou in their study on the church of Saint George of Arpera (Stylianou and Stylianou 1972:149–164; 1997:440–446; Gkioles 2003:263, 267–268). Andreas and Judith Stylianou also publish the inscriptions which accompany the wall painting of the donors. From these we learn that Christofakis “built the church himself from its foundations and decorated it at personal expense” in 1745, in order to thank Saint George, who was his “tireless helper” and “ever–ready deliverer from exile.” 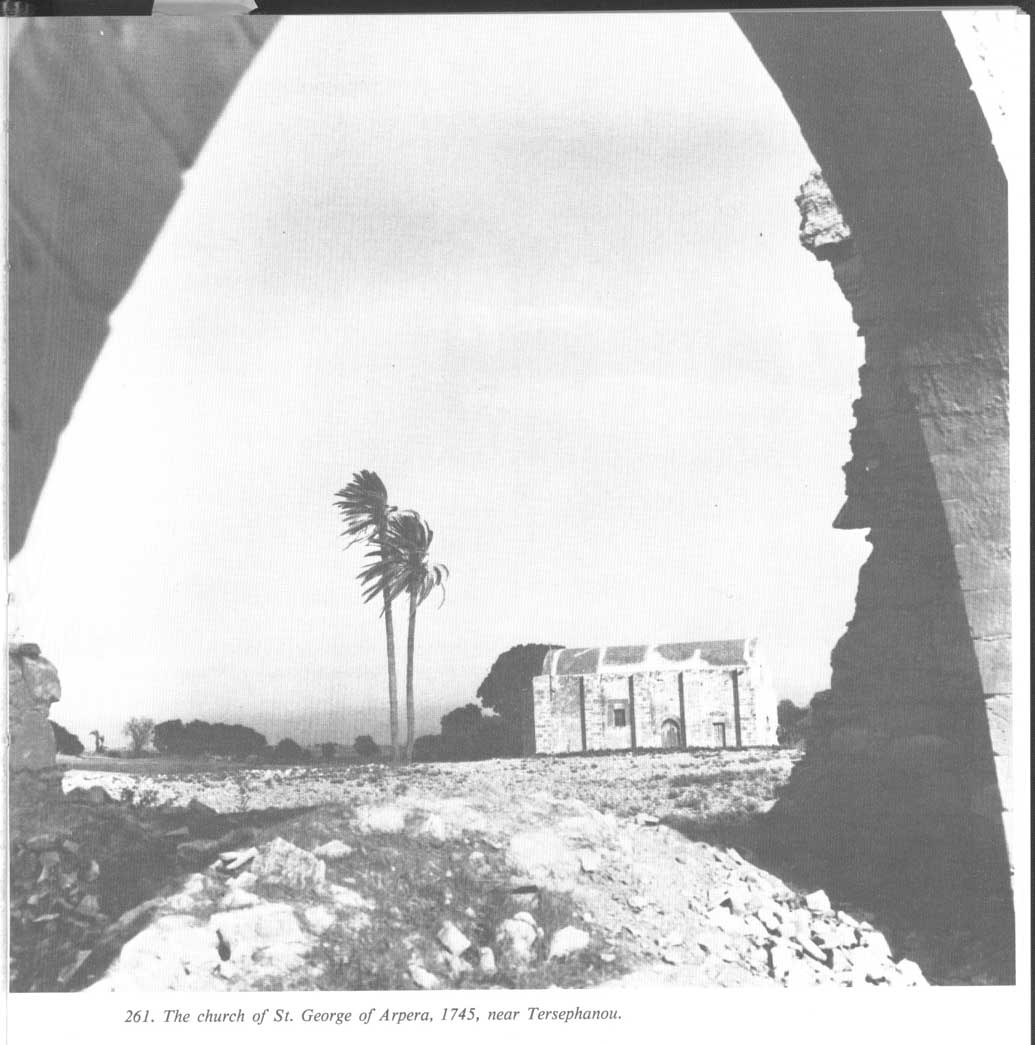 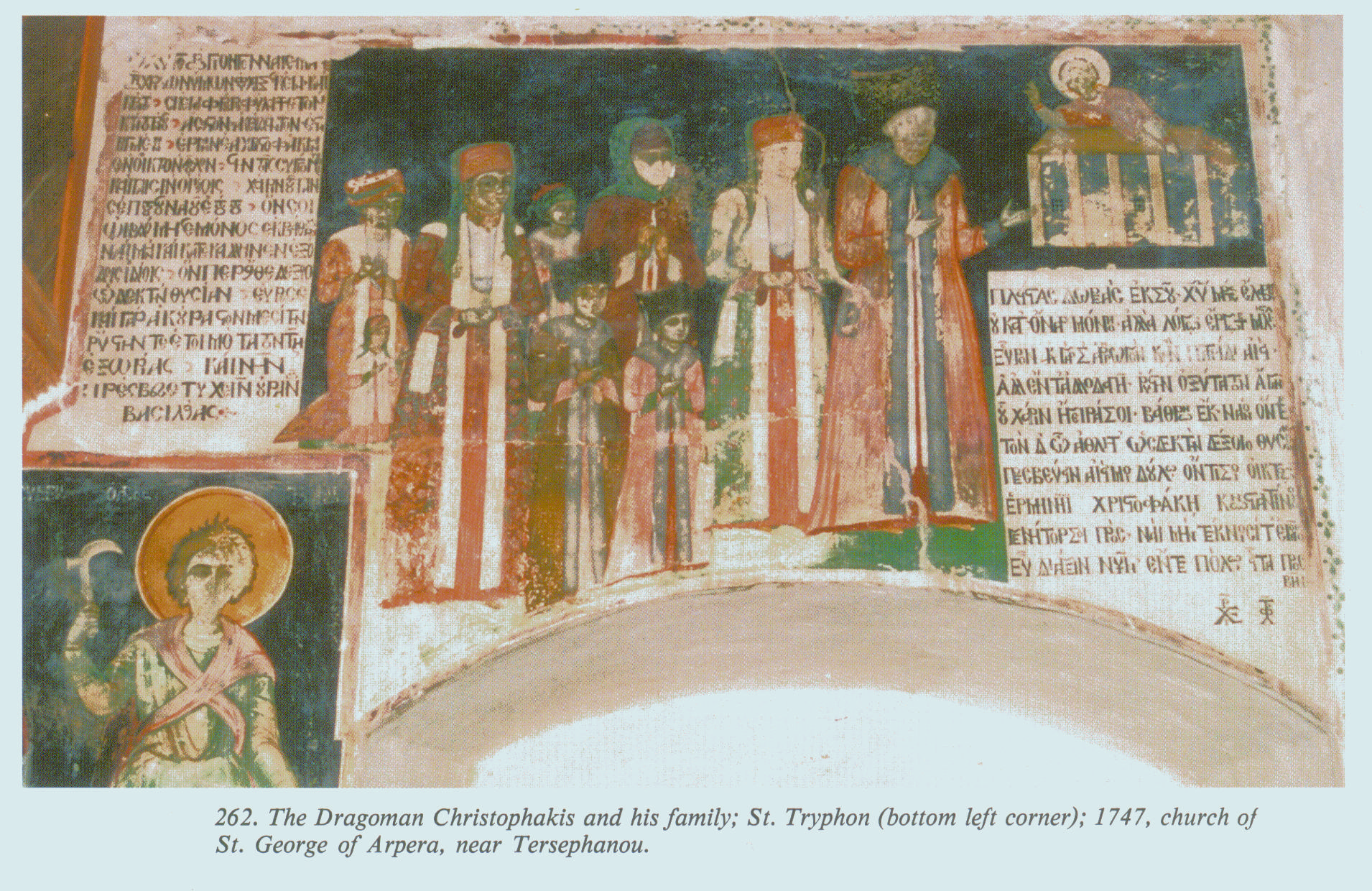