Agamemnon’s Corselet in the Light of Cypriote Myth 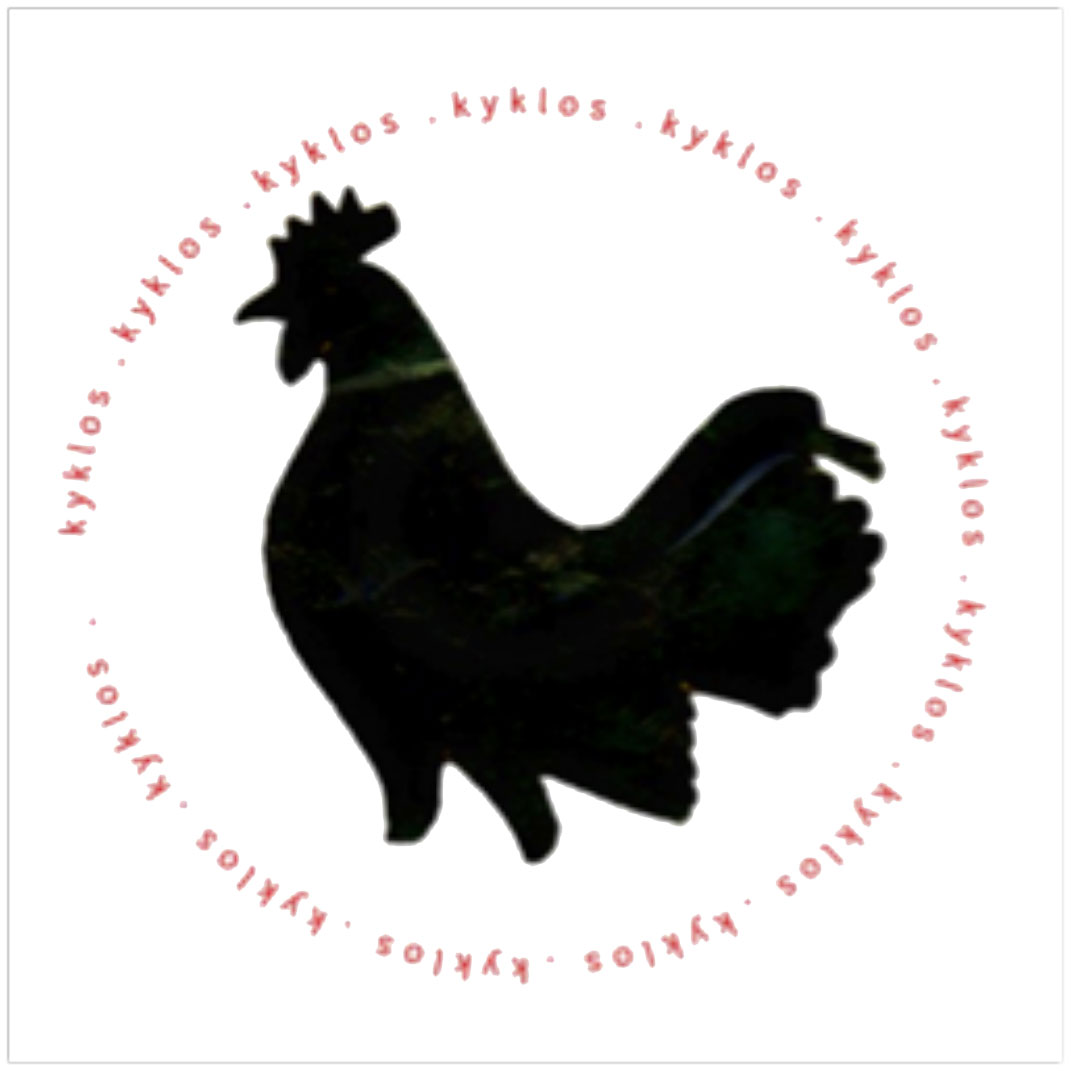 Prompted by the Iliad’s mention of Kinyras, the mythical king of Cyprus, in 11.20-23, I set out to examine a possible case of intertextuality between the Homeric Iliad and the Cyclic mytho-poetic tradition of the Kypria, which has been variously associated with the island of Cyprus. I am interested first in the how and why this interaction between the two traditions is carried out the way it is, focusing then on a brief assessment of the role of Kinyras as well as of other Cypriote elements within the mythological tradition of the Trojan War. [1] My investigation is largely based on the relatively recent methodological approach of Oral Intertextual Neoanalysis, [2] which sees intertextuality as not occurring between written texts but between the Homeric poems and non-Homeric oral traditions, and recognizes the role and ability of the ancient, mythologically informed, audience to discern (significant) allusions to (Cyclic) mythological traditions. I thus assume a long-term, simultaneous, and interconnected development of fluid oral poetic traditions, during which poetic performance traditions refer to and are influenced, albeit not exclusively, by one another [3] ; the notion of referentiality may be extended to include the entire range of archaic Greek epic [4] as well as, in an even broader sense, the entire spectrum of a mythological tradition, which is “variously expressed in different media and notionally known throughout the culture.” [5] Taking into account the circumstances of the long-term oral composition of Greek Epic, with its three essential factors of composition, performance, and diffusion, as they are explored in the work of Gregory Nagy, [6] I approach the poetic traditions more from the ancient audiences’ perspective rather than that of a monumental poet from a single point in time. Without excluding the presence of authorial intention on the part of composers-performers, especially on the early stages of a poetic tradition’s evolution, we can imagine that the listeners’ collective knowledge of the myth and, more specifically, their expectations for and reactions to a particular handling of traditional mythological material about the Trojan War, would have helped to shape a poetic tradition both synchronically and diachronically in the course of any given (re)composition-in-performance. As Jonathan Burgess points out “different ancient audiences will have had different levels of ability and interest. Performer and audience would need to negotiate the process of communication, and much would depend on the knowledge, alertness, and cooperation of an audience at any given performance.” [7] I complete this methodological outline with a mention of Nagy’s theory for the distinction between Cyclic and Homeric poetry in terms of multiformity and Panhellenic diffusion, [8] on which I base my interpretation. This theory of the Panhellenization of epic narratives, with its crucial, definitive period starting in the mid sixth-century BCE Athens, has been extended in the scholarship with the further categorization of the poems of the Epic Cycle as “proto-Panhellenic.” [9] Occupying a middle ground between epichoric (pre-Panhellenic) song-traditions and the fully Panhellenic Homeric epics, cyclic epic poetry appears, as Jim Marks notes, “to have been designed to appeal to audiences with a more than local understanding of ancient Greek myths” while preserving the strongest epichoric elements of their original traditions. [10] I turn now to Kinyras’ mention in the Iliad, which is part of Agamemnon’s arming scene at the beginning of his aristeia in Iliad 11. As the Achaeans are incited to war by Iris at Zeus’ command (11.14), Agamemnon leads the way, ordering his men to put on their armor while he himself does the same (11.15-16). In this type-scene the overall description of the king’s shining armor, which consists of greaves, corselet, sword, shield, helmet, and two spears, proceeds rather smoothly from a general narratological point of view. [11] In lines 19-23, immediately before the description of the corselet’s elaborate decoration (24-28), a brief digression is devoted, in a ‘typical’ explanatory account, to the item’s (Cypriote) origins: δεύτερον ἆυ θώρηκα περὶ στήθεσσιν ἔδυνε,
τόν ποτέ οἱ Κινύρης δῶκε ξεινήϊον εἶναι.
πεύθετο γὰρ Κύπρονδε μέγα κλέος, οὕνεκ’ Ἀχαιοὶ
ἐς Τροίην νήεσσιν ἀναπλεύσεσθαι ἔμελλον.
τοὔνεκα οἱ τὸν δῶκε χαριζόμενος βασιλῆϊ.
Next he put on around his chest the corselet
which Kinyras gave him once as a guest present.

For he had heard on Cyprus the great rumor that the Achaeans
were to sail against Troy in their ships.
For this reason he gave the corselet to the king showing his favor to him. [12]

Given the rare and rather unimportant references of the Homeric poems to the island of Cyprus, Kinyras’ “entry” in the narrative seems unexpected. [13] We are certainly inclined to wonder what is the purpose of this reference and how an ancient audience would respond to it. To begin with some preliminary remarks, it is important to note that Kinyras is mentioned without any special introduction, which suggests that he was a figure familiar to the Pahnellenic Homeric audience. The Cypriote king appears, indeed, to have been a (vaguely) traditional character of Greek mythology, mostly known, at least according to early lyric references to him, as an immensely rich man as well as a priest of Aphrodite and a favorite of Apollo. [14] The Iliadic passage, furthermore, associates this fairly well-known hero with the mytho-poetic tradition of the Trojan War and in particular with the preparatory stages of the expedition (see ποτέ in line 22 as time marker for the past). Lines 21-22 reveal, in the form of an added (‘editorial’) comment (see the use of the explanatory γάρ in line 21), the special circumstances under which Kinyras’ generous gesture of friendship towards the Greek leader took place: the Cypriote king gave the marvelous corselet to Agamemnon when he heard that the Achaeans would sail with their fleet against Troy. Thus it seems that what we have here is a case of an Iliadic allusion to a ‘pre-Iliadic’ episode of the Trojan War, one of numerous such allusions, another obvious example being the Teichoskopia in Book 3 (155-244). That Kinyras’ story was associated in the Greek epic tradition with the story of the Trojan War can be further supported by its presence in the Cyclic Trojan (mytho-poetic) tradition, as can be inferred from later sources. In the Epitome of [Apollodorus], for instance, we learn more information with regard to the same event. And since this Kinyras-episode is thought to have been also included in the narrative of the Kypria despite its omission in Proclus’ summary, [15] a comparison with the Iliadic reference is justified and interesting observations can be drawn from it. Thus, in Epitome 3.9 we read: ὅτι Μενέλαος σὺν Ὀδυσσεῖ καὶ Ταλθυβίῳ πρὸς [Κινύραν εἰς] Κύπρον ἐλθόντες συμμαχεῖν ἔπειθον· ὁ δὲ Ἀγαμέμνονι μὲν οὐ παρόντι θώρακας ἐδωρήσατο, ὀμόσας δὲ πέμψειν πεντήκοντα ναῦς, μίαν πέμψας, ἧς ἦρχεν … ὁ Μυγδαλίωνος, καὶ τὰς λοιπὰς ἐκ γῆς πλάσας μεθῆκεν εἰς τὸ πέλαγος. That Menelaus together with Odysseus and Talthybius went to Kinyras in Cyprus and tried to persuade him to join the expedition; and he gave to Agamemnon, who was not present, a gift of corselets, and although he additionally swore to send fifty ships, he only sent one with […] the son of Mygdalion as the commander, and having made the rest out of clay he threw them into the sea.

In the version of the Kyprian tradition two details stand out: 1) Kinyras learned about the Trojan War from the Greeks themselves, through an embassy, and he had in fact to be persuaded by them to join the expedition, even with a mere sponsorship. 2) He gave ample gifts to the Greeks (Agamemnon) but he also tricked them in his clever manner of keeping his oath. The scholia to the Iliad paint a roughly similar picture regarding Kinyras’ hospitality and gift-offering on the one hand and his devious nature on the other. In one case Kinyras’ oath and trickery of the clay fleet is reported, [16] while according to another version the tremendously wealthy king offered hospitality to the Greeks and promised to send them the provisions necessary for the expedition. However, he neglected to do so and was cursed by Agamemnon [17] . Against this background of relevant Cyclic information, Kinyras’ mention in the Iliad is in need of re-interpretation with an emphasis on what is missing from the brief Homeric version. Thus, the Iliad acknowledges Agamemnon’s corselet as Kinyras’ gift of hospitality and a gesture of loyalty towards the Greeks but remains silent as to the disturbing detail of his trickery, although an audience familiar with the myth (with both Homeric and non-Homeric material) would probably not have failed to perceive ‘darker’ notes in νήεσσιν (11.22), which would probably call to mind the king’s ruse of the clay fleet. One might argue that such a twist in the narrative would have been out of place within the limits and in respect to the needs of an arming scene. But if we take into consideration the Panhellenizing impulse of Homeric poetry as it took shape, it becomes apparent that the omission of this story of how the Greeks were tricked occurred under the pressure of the creative interaction of Homeric with Cyclic oral performance traditions. In particular, the Panhellenic tradition of the Iliad would tend to suppress any story in which the Greeks are tricked, since such a development would have been objectionable to any Greek (or pro-Greek) audience, as seems to be the case with, for example, Palamedes’ tricking of Odysseus into joining the Greek forces ([Apollodoros] Ep. 3.7). Put another way, as Cyprus became an increasingly “mainstream” part of Greece, potentially troublesome aspects of Kinyras’ myth with regard to the Trojan War would have been eliminated. This brings us to a closer consideration of what seems to be a remarkably ancient mythological persona of the Cypriote king. As I mentioned earlier in passing, the information we have on Kinyras from the Archaic lyric poets suggests that the Cypriote king had a concrete identity and a place in Greek mythology at a fairly early point in time, an identity that the concision and allusive nature of the Iliadic reference seems, at least to a certain extent, to presuppose. Kinyras is mentioned alongside Midas for his proverbial wealth in Tyrtaeus, [18] while in Alcman [19] his name is used metonymically to denote the Cypriote origins of perfume oil, a high-value luxury item and a Cypriote industry going back to the late Bronze Age. [20] Two centuries later Pindar, documenting a stage in the “Panhellenization” of the Cypriote myth more advanced than that in the Iliad, knows Kinyras as the wealthy king of Cyprus, the dutiful priest of Aphrodite, and a favorite of Apollo, and uses him as a mythological exemplum of piety, excellence, and good fortune. Pindar’s Pythian 2.15-17, in honor of Hieron of Syracuse, provides the most comprehensive description: ἄλλοις δέ τις ἐτέλεσσεν ἄλλος ἀνὴρ
εὐαχέα βασιλεῦσιν ὕμνον, ἄποιν’ ἀρετᾶς.
κελαδέοντι μὲν ἀμφὶ Κινύραν πολλάκις
φᾶμαι Κυπρίων, τὸν ὁ χρυσοχαῖτα προφρόνως ἐφίλησ’ Ἀπόλλων,
ἱερέα κτίλον Ἀφροδίτας: ἄγει δὲ χάρις φίλων ποίνιμος ἀντὶ ἔργων ὀπιζομένα. For other kings, other men perform melodious hymns in their honor, a reward for their merit. Cypriote voices often praise Kinyras, the devoted priest of Aphrodite, whom golden-haired Apollo heartily loved; for reverent grace comes in return for friendly deeds.