Source: Π² (verses lacking in Π¹, which has the “New Fragment” in this place) 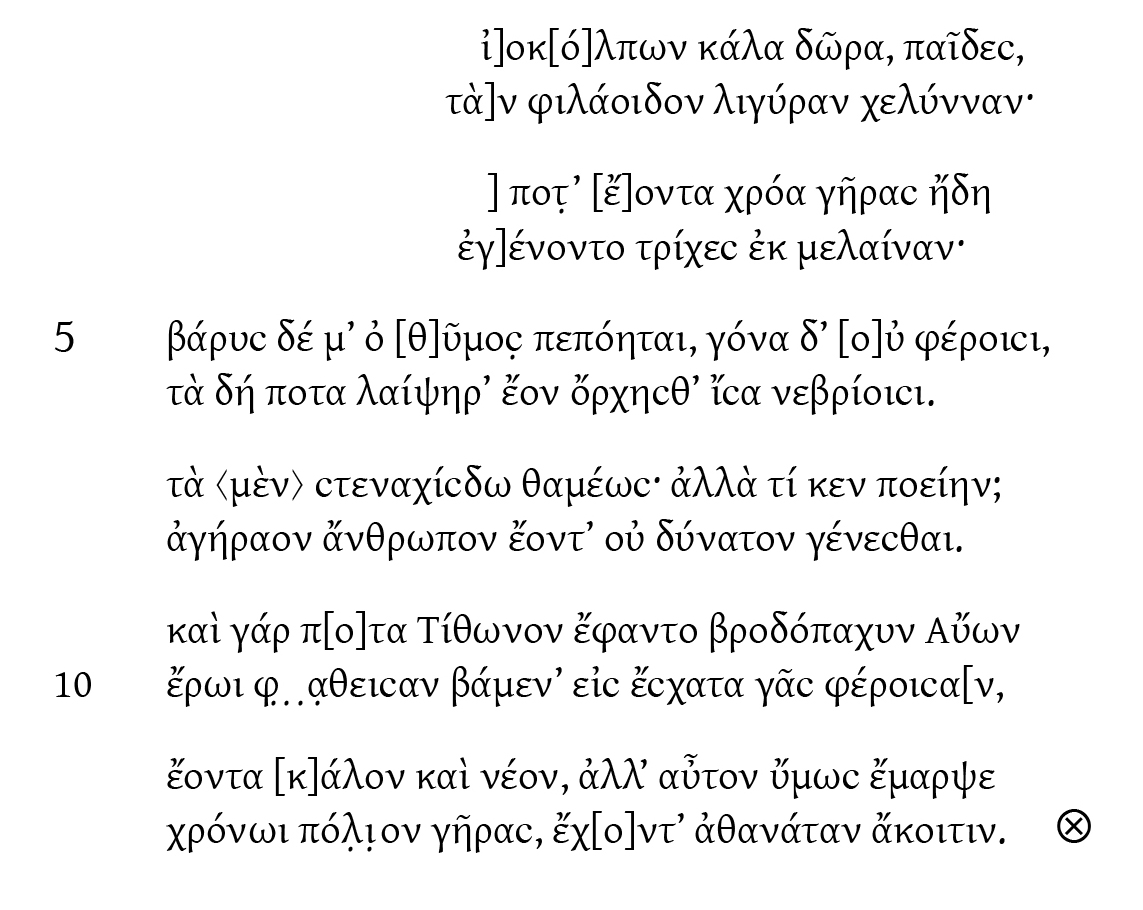 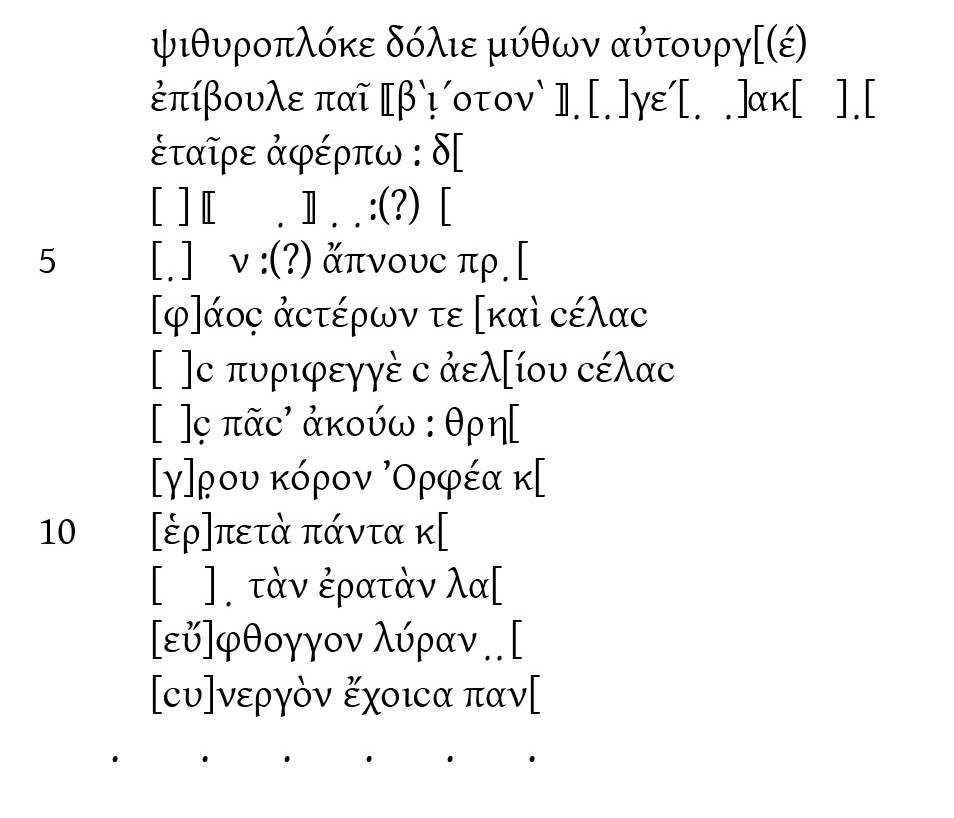 Sources: 1–4 Π² (verses lacking in Π¹, which has “Continuation 1” in this place) 3–4 line-beginnings restored from the quotation of these verses by Athenaeus 687b (Clearchus fr. 41 Wehrli)

The Text and Translation of Sappho frr. 58–59 as restored and translated by M. L. West 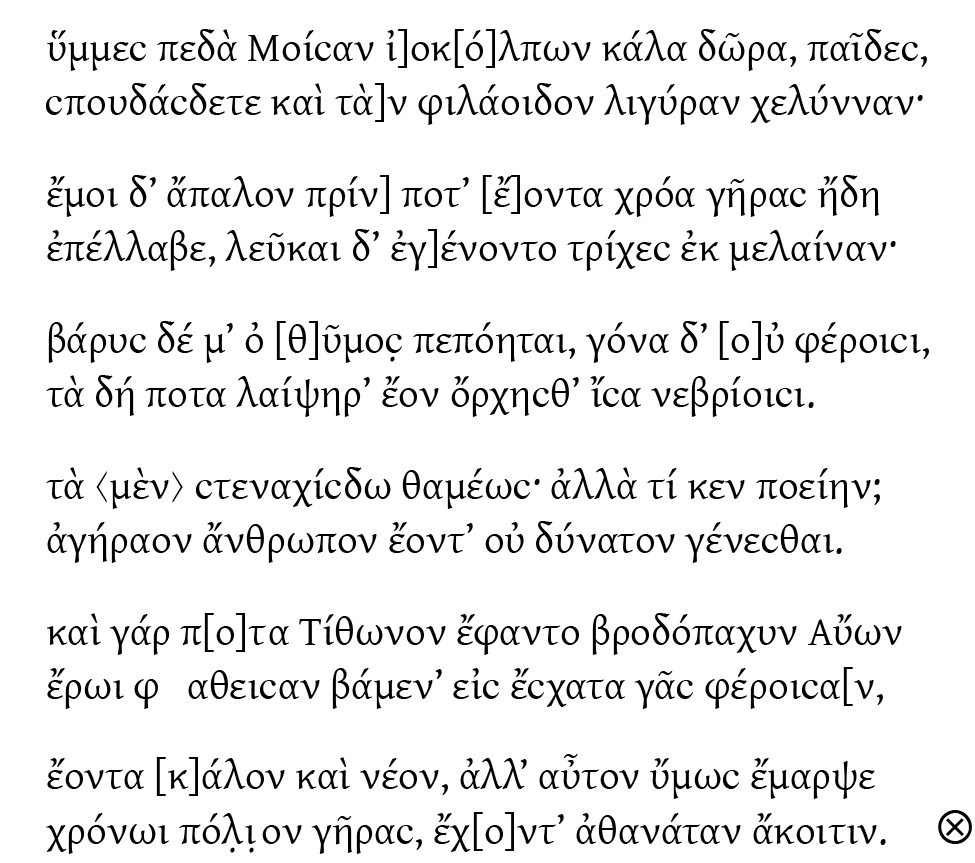 Pursue the violet-laden Muses’ handsome gifts,
my children, and the loud-voiced lyre so dear to song:
But me—my skin which once was soft is withered now
by age, my hair has turned to white which once was black,
my heart has been weighed down, my knees give no support
which once were nimble in the dance like little fawns.
How often I lament these things. But what to do?
No being that is human can escape old age.
For people used to think that Dawn with rosy arms
and loving murmurs took Tithonus fine and young
to reach the edges of the earth; yet still grey age
in time did seize him, though his consort cannot die.